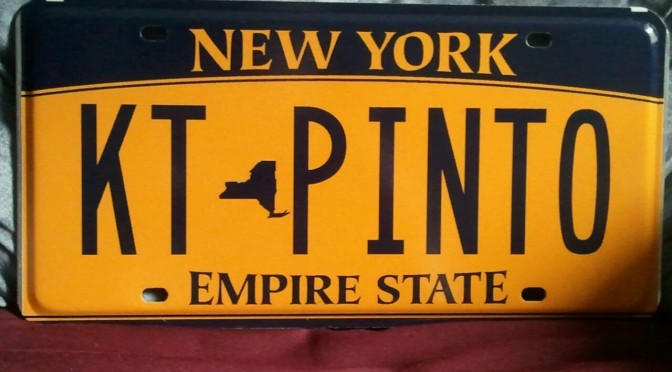 Instead of doing a review, I decided to share the three (narrated) videos I did on site: 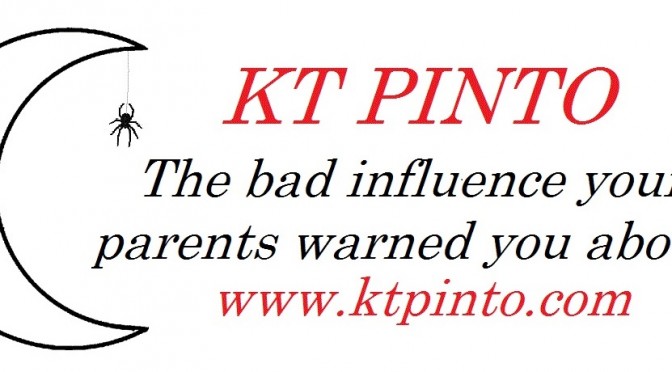 I went to see the play Evil Dead, The Musical at the Black Box Performing Arts Center in Teaneck, NJ on Halloween.

Here is my review: 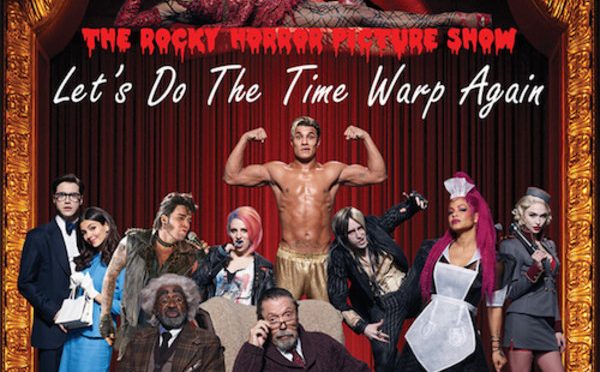 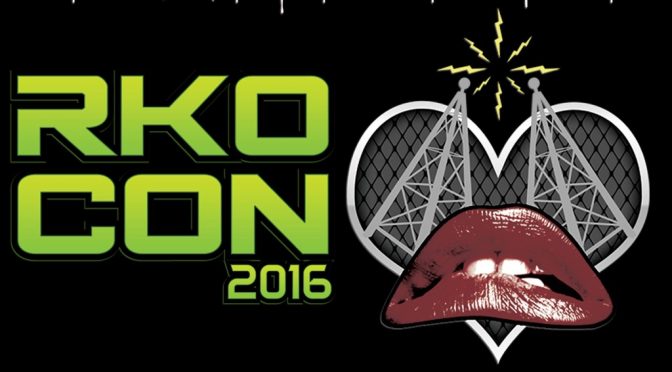 Here is my video pre-review of… 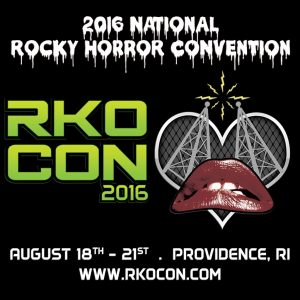 What is a pre-review, you ask? Well click on the video and find out!

Here is my first video review:

Find out why in the above video! 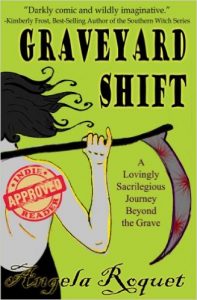 Something that always piques my interest when it comes to choosing a book is a story where the author is brave enough to take on mythologies and theologies. To me, it is very difficult to do the mythologies justice without making the entities seem silly or – for lack of a better term – preachy. It is usually rare to find an author who not only shows that they have knowledge of the pantheons that they are writing about, but are able to make the characters believable and in some cases likable.

Angela Roquet was able to do this, as well as have the different groups of gods/entities interact with each other seamlessly. She also has a talent at merging the different mythos into a functioning afterlife that actually makes sense.

The story of Graveyard Shift tells of a reaper named Lana Harvey that has a low-level job in Limbo City, doing as minimal work as possible without getting in trouble with her boss Grim. During the story, she interacts with beings from Greek, Roman, Asian, Egyptian and Judeo-Christian mythos, and the interaction is smooth and flawless… and real.

Lana is the typical minion on the bottom of the corporate totem pole who doesn’t really like her job, but doesn’t want to go back to school to move up and doesn’t understand the drive of others who are trying to climb up the reaper ladder. She hangs out with the ne’re-do-wells of the angelic world (both from above and below) and couldn’t understand the rigid hierarchy of her boss and his peers.

And then out of the blue, she gets a promotion. No one, including herself, believes it or understands how the heck that happened. But there is more behind it than first seemed and Lana has to struggle with more responsibilities than she ever wanted.

Definitely get this book. The first one in the series is free on Kindle as of this article creation, so you have nothing to lose and all of Limbo to gain! 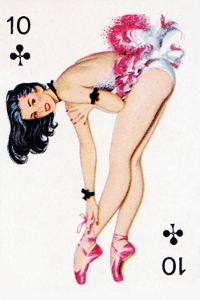 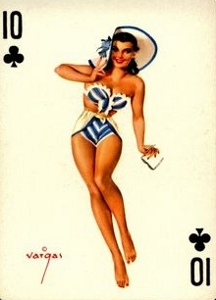 I liked the premise, I liked the characters, and – most importantly – I like how the author presented her version of the mythologies.

I don’t have many OVOs. In fact, this one is my only one: 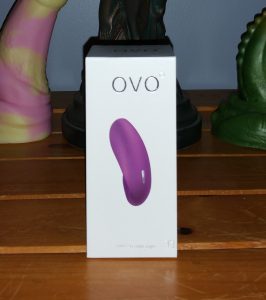 The company, OVO Lifestyle Toys, has been around since 2012, which is probably one of the reasons why there is only one in my collection. I tend to buy products I am comfortable and familiar with.

But, when I am given one for free…

I got this “lay on” toy (their term) from an OVO representative  when I was still working at the store.  I decided that I needed to try a little clit stim toy that was only made for that purpose. 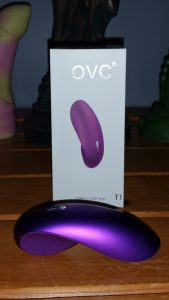 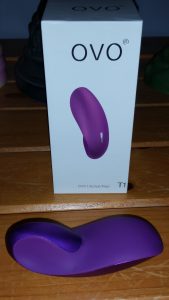 It’s a nice shape, very light. The underside is silicone… I think. Their website says that their toys are made of silicone, but the box only says “100% body-safe materials”.  So, I’m guessing silicone, but I can’t vouch that it’s medical grade.

Then I found the first problem: putting in the battery. The notch at the bottom of the finger hold showed where the battery hatch was, but it didn’t lift when I tried to use it.

I finally figured out – because the pictorial directions didn’t say – to pull from the OTHER, non-notched side.

That was a little annoying.

According to the directions, I was to hold the button down for three seconds before it would start. That’s a good thing, because you don’t want it to accidentally turn on/off at the wrong time…

There are three speeds and two pulsations to play with. 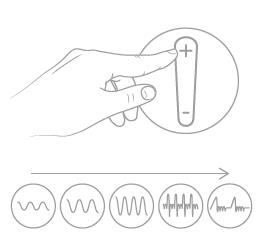 To me, only the fastest speed was worth it, but for a beginner the first two speeds would be good. The first pulsation was good, the second not so much, but I’m usually not a fan of that rhythm on any toy so far. It’s shower safe, but I wouldn’t use it underwater. 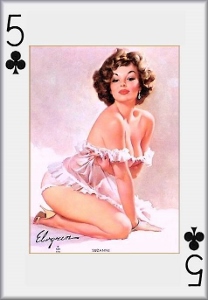 It has a nice shape and a nice weight, but the little annoyances brought down the rating.
It’s a good starter toy, but nothing amazing. 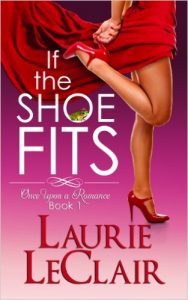 I’ll admit it, sometimes I’ll read cozy romances, if the premise is catchy and the cover art isn’t cheesy. If the Shoe Fits Is the first in a series called Once Upon a Romance based (loosely) on fairy tales. This particular novel is based on the tale of Cinderella, and does a pretty good job of it too!

The story is about Charlotte (Charlie) King, whose father owned King’s Department Store until he died. When the book begins, the store is under the control of her strict stepmother. Charlie lives in the King household with her stepmother and her two plain, boring stepsisters. Charlie wants to bring her father’s store back to its former glory; her stepmother wants to sell it.

Enter Alexander (Alex) Royal: young, wealthy businessman who is looking for a match, mainly to appease his aging grandparents. Then Charlie and Alex meet, and their businesses, and hearts, hang in the balance.

For a cozy romance, this was actually very good. The author kept the premise of Cinderella without going overboard (no singing mice, no cleaning chimneys, no pumpkin), and – except for a few cheesy romantic moments, which cozies are known for – the story was engaging and fun.

This was a well thought out, fact-pace read which had some interesting scenes and engaging characters. Even the secondary characters were three-dimensional, so much so that I am interested in reading the second book Waking Sleeping Beauty, which is about Francine (Francie) King, one of Charlie’s stepsisters.

The only thing that got a little annoying to me was that Charlie and Alex both had androgynous nicknames, so it would take me a few moments to remember which was which.

Under the mantle of full disclosure, I must admit that the people at Tacky Sex Toys are paying me for this review. This of course does not mean that I’m going to hold back any punches. They are paying for an honest review, and that’s what I give.

I will admit, the site has a huge selection of toys to choose from, but navigating through them is a little tough.

When you click on the category, then there’s the paragraph. On every page – category and subcategory – was a mini-essay describing the category. I guess for very vanilla people this is a helpful thing, but for people who know their way around an adult store, this is rather tedious.

The prices are competitive, and they do offer a fair price pledge, where they’ll match the price or provide a 10% discount code for future purchases.

There were a few things that bothered me a bit about the site:

This site does have more good than bad. They do have a good selection, from many different manufacturers. The descriptions are a good idea, they just need to be a little shorter. They have a search box on top of the page, so if you know what you’re looking for, you can easily find it. 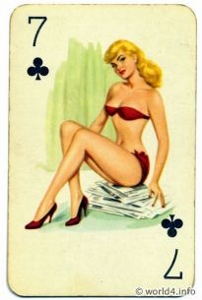 I think with a little more tweaking, TackySexToys could find its own identity and be a really fun site.